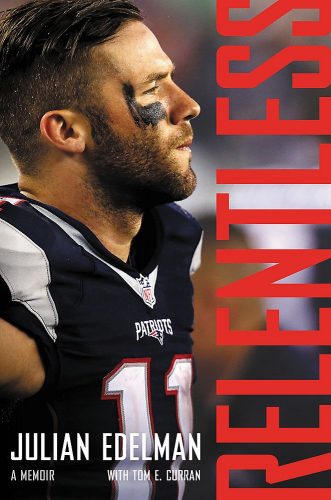 Hi, today we have another awesome book, “Relentless” by Julian Edelman, 3X Super Bowl champion wide receiver for the New England Patriots. It´s a story about defying the odds and winning big. If you are surrounded by doubters, this book is for you.

Since he was a kid, his father would give him a very clear message: it´s supposed to be hard. Life is not easy. It wasn´t easy for them, and it wasn´t going to be easy for him. But he did it from a place of love and support, also telling him that “there was nothing he couldn’t do if he worked HARD enough”.

Julian epitomizes the working hard, tough mentality, the tenacity, the will, the energy, the determination he plays and lives by.

Love the Patriots, or hate them, but Julian represents the never give up mentality, NO matter what. There was nothing handed to handed, except the discipline to work hard consistently and regularly. He had to fight every step along the way to win.

For me, Julian´s story is one about defying the odds and achieving the impossible, or at least what most people would consider impossible. He is a true gladiator. It´s a story about becoming unstoppable, about focusing on what you want with all your energy and power.

He was going to be a quarterback, and end up being one of the best receivers in the league.

Here are some of my favorite ideas from Relentless”, by Julian Edelman…..
read the book to get the complete story…..

The first half of Super Bowl LI had been a nightmare; it was a 21-3 deficit massacre at NRG Stadium in Houston. The Atlanta Falcons’ execution and speed were destroying the Patriots. They look powerless against such a performance. They were in a deep hole, a hole no other team ever got out in Super Bowl history.

At half time, Julian Edelman told everyone who would listen, “It´s gonna be helluva story boys”. How did he have this deep confidence in overcoming such huge deficit, something had never been done before?

In Super Bowl XLIX they overcame a 10-point deficit in the fourth quarter, something no one was able to do before. So, if anyone could do it, it was them.

Nobody believed in them, so there was nothing to lose. Most of the players weren’t supposed to even go to the NFL. No one believed Tom Brady, a 6-round pick would become the best ever.

The Patriots organization was loaded with extraordinary people who ignore the doubters to get where they were.

When the Patriots were down 28-3 in the third quarter in Super Bowl LI, there was one player who refused to believe they would lose, and it was him, Edelman. It’s not only because the belief he had in himself, and his team, but because he had been counted out most of his life, and he proved them all wrong.

Duron Harmon had the same belief as Edelman when at half time, he said “this is going to be the greatest comeback of all time “and told everyone about it.

NEVER GIVE UP MENTALITY:

It’s the never give up mentality that make great champions, great leaders and great athletes.

When things get really ugly, very challenging, most people throw in their towel, not Edelman. It takes a very special person to believe he can win when everything on the outside is telling you to quit. It´s telling you there is no way. And is this type of attitude CREATES legends.

As Julian says, “Having to fight. Having to compete against multiple guys when the odds were stack against me. Having people doubt me. All of it is like gas in my tank”

Julian since he was young identify with stories of people overcoming adversity. They motivate him. They give him the mind-set to always be relentless.

It is about taking the negative things and turning them into positive. Navigate through your obstacles. Appreciate things.

This is not only physical toughness but more important, mental toughness. As long as there is time on the clock, you fight to win. The game is not over until the clock stops.

How many finals have been won in the last few seconds? Many, and it will continue happening as long as there are people who don’t give up regardless what’s happening on the outside.

Fight or flight. You have to embrace it. If you fail, you fail, you fail forward and learn. When you are committed to achieve something great, you will fail often. It’s the nature of the game. It’s the reality of trying to accomplish something extraordinary. It´s part of the game. Don’t let this reality stop you from going all in, from giving 100%.

FIND YOUR TALENT AND HAVE AN INSANE WORK ETHIC

When you find your talent in life and also have a deep passion for it, and you work hard consistently, there is a very good chance you will realize your dreams.

You can´t say you want to do it, or talk about it, which is what most people do. YOU MUST DO IT. You have to do it. There is no other way. You can´t do it half way. You have to go all in (just as Connor McGregor says he does, go all-in).

This means maybe there is no balance in your life for a while. Maybe you are not the best friend, or husband. But if you WANT TO BE GREAT AT SOMETHING, YOU HAVE TO GO AFTER IT COMPLETELY, 100%, not halfway.

A lot of people have something they want to achieve in their lives, and then they realize how much effort is going to take to achieve it, and then decide it will be too much effort, the commitment is not worth it.

As Charlie Frye says, “I have never saw someone more dedicated to making it. His work ethic was second to none”.

FOCUSING ON THE NEXT PLAY

The key to achieving isn’t necessarily looking at the ultimate goal, but FOCUSING COMPLETELY ON THE NEXT STEP in front of you.

As offensive coordinator Josh McDaniel’s says, “don´t do anything you cannot do. Don´t try to make it all up in one play. Play each play by itself.”

FOCUS ONE PLAY AT A TIME. DO YOUR JOB. STAY IN THE MOMENT.

You cannot control the long term outcome, but you can control what’s happening on the next play. You can control your attention and focus.

A LETTER FROM A PROFESSOR

Julian share a letter that his English professor from College of San Mateo sent him.

Hi didn’t remember exactly what happened, but in 2005, while he was in college, he mentioned he was trying to play in the league. The professor told him to set more realistic goals, something more achievable.

Twelve years later, she took the time to write him a letter apologizing for being “flippant”.

Julian was honored to receive this letter because she was right, those DREAMS YOU ARE CHASING NEED TO BE CULTIVATED, NOT STEPPED ON. But also is great because, sometimes, you got to say, “I’m sorry. I got this wrong”.

Go to www.turboday.com and download TotalSuccess  app, the # 1 Success Platform in the world to get the best books on success and personal growth summaries in one convenient place.  The best 10-minute investment you can do on a daily basis.

Any Goal or Dream You Really Want to Achieve but Haven’t been able to do it?
Call Me, I love helping people become Exceptional and Achieve the impossible. Miguel De La Fuente, Life and Business Coach Exceptional. +507-62463797

My Favorite message from the book:

There was NOTHING you can´t do if YOU work HARD enough for it.
Now, make sure you define Hard Work properly.

“The kid was just an animal. He tore everything apart. Whenever he went, there was a mess behind him”.

Love me or hate me but I know you are going to respect me because I am going to literally give everything I have and then some more.

“I have never saw someone more dedicated to making it. His work ethic was second to none. He worked on another level. You would have to kill him to stop him from accomplishing his dream. He was on top of his commitment. “

You have to work that much harder to make up the difference.

“When you see someone willing to commit at this level, that really excited you”.
Tom Brady.

Fuck Everything Else. Just try to Improve Every Day.

Do the Shit you suppose to do.

Coach Belichick is a master of the game. His demanding style of coaching delivers GREATNESS. 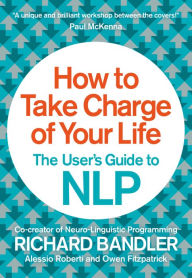 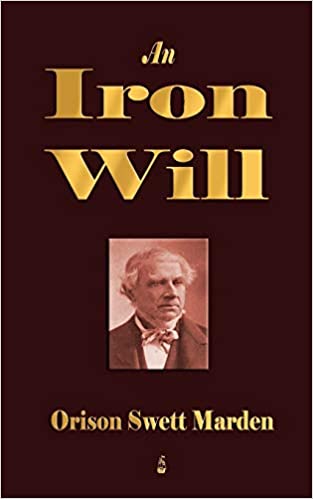 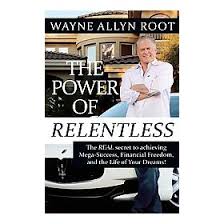 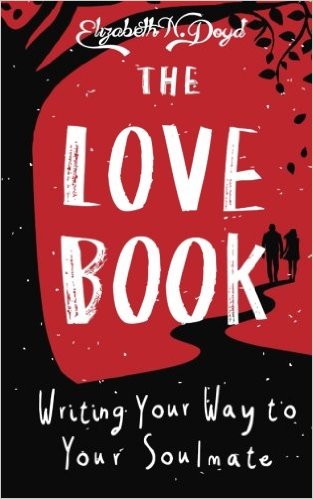