There are people who become geniuses, and then there is Leonardo. He was the Best.

Leonardo da Vinci probably represents the highest standard in creation of any human being in history. Maybe Thomas Edison and a couple more. Leonardo is Leonardo. Very few come close to him.

He could draw and paint better than anyone. He was also a musician, inventor, sculptor, designer. He could almost do anything.

He never stayed with one subject, going back and forth between many. He was interested in all types of machines, thinking about the human body as a machine too. In fact, he considered it the most perfect machine ever created.

He thought, since the body is a machine, it was possible to build a mechanical machine body (modern robots).

He was a permanent student of life. He was obsessed about learning and creating. His curiosity was infinite.

.
One of his few paintings, the “Mona Lisa” is considered to be the most famous painting in the world. Another one is the Last Supper.

He wanted to “work miracles”, he used to say.

He wanted to invent vehicles for people to use on land, air and even underwater. He designed a bicycle, a parachute, and even something like a modern submarine.

He was convinced one-day man would fly. He said, “It lies within the power of man to make this instrument”.

His father was Ser Pierro, a reputable businessman. His mother, Caterina was a poor young peasant girl. The town he came from was Da Vinci, and adopted his last named from his home town. That means Leonardo from Vinci.

His parents weren’t married. His father, Ser Piero, was ashamed of the baby and left him with his mother. He couldn’t give him his last name because they weren’t married and he didn’t officially recognize him as his son.

Caterina didn’t want to keep the baby either. She cared for him for about 2 years, then she, too, married someone else and started a new family.

Leonardo ended staying with his grandparents. They were old and unattached.

The only person who showed interest for him was his uncle, named Francesco.

Francesco was a farmer and loved the countryside around Vinci, so he would take Leonardo for long walks in the hills.

Everywhere he went, Leonardo would take a little notebook with him and just would draw anything that interested him.

Probably, the most important thing his father gave him was the notebooks.

He was a loner, with no family of his own and part of his life without a home. Still, he was the best. The highest standard of human excellence.

His father realized Leonardo had an extraordinary talent for drawing, and since he didn’t carry his father´s last name, he couldn’t join a university, become a doctor, or a lawyer, so the obvious choice was to work at one of art studios in Florence.

Being an artist was a respectable trade. So, his farther arranged for him to go to live and work with Andrea del Verrochio, a famous artist at that time.

Andrea del Verrochio was one of the most famous artist in Florence at the time. Leonardo was his apprentice; he was 12.

All apprentices were boys. They didn’t receive a salary, but they were provided room, food and a little money for expenses. At the studio they learnt to become artists. Apprentices started at the bottom and worked the way up.

Right from the beginning Verrochio realized Leonardo had a special talent, and soon he was allowed to do more important work.

Leonardo stayed at Verrochio for 13 years. He became a master and a member of the guild. But he didn’t start his own studio. Probably he felt at home with Verrochio.

Leonardo wanted to learn about EVERYTHING. He couldn’t attend university, so he taught himself.

He started to buy and collect books, a habit he maintained all his life.

The rebirth, meaning the Renaissance, was one of the most exciting periods in history. It lasted from early 1400 to around 1600.

The name the “Renaissance Man” is someone who is good at everything. Leonardo was the best example of one.

In 1478 Leonardo completed a whole painting. He was 26. The painting was the “annunciation”, and it’s one of 13 paintings attributed to Leonardo.

At age 30, he left Florence to go to Milan. He hoped to work for the ruler of Milan, a duke named Ludovico Sforza and wrote him a letter about all the things he was good at.

He worked for the duke for many years until he was forced from power.  Whatever the duke wanted, Leonardo would create it for him.

One of the projects the duke ordered Leonardo was a horse statue.

The duke wanted a giant statue of a horse, in memory of his father. He didn’t want it big. He wanted huge, about 3 times bigger than the size of a horse.

Leonardo deeply studied the horses in the duke´s stables, made wax models and recreate them.

After 10- years on the project, Leonardo finished a full size model of the horse in clay. It stood at the duke’s castle, in the courtyard. But still had much work in order to finish it.

He made molds from clay for the different parts of the statue. After that, it would be converted into bronze. But Leonardo never got to use the metal for the horse since in 1494, the duke, being afraid the French would attack, used it to made it into cannons.

When the French invaded Italy, they used it for target practice. They shot at it until it was completely destroyed. There was nothing left of all those years.

Near the duke’s castle there was a Monastery, a placed where the monks lived, mediate, studied and prayed.

Since the duke planned to be buried there one day, he wanted Leonardo to paint a picture on one of the dining room walls. This type of painting was called a fresco. It is one of the hardest paintings to do. Water based paint is put directly onto fresh plaster that hasn’t dried.

Leonardo decided to choose a scene from the end of Jesus life.

The fresco is called “the Last Supper” and is one of the most famous works of art in the world. Leonardo would work intensively to finish this work. Somedays he would work the whole day without stopping to eat or rest.

After this painting he became as the greatest master of his day.

By that time, Leonardo took a poor, 10-year-old boy, called Giacomo, but he called him Salai. They became very close friends. He stayed with him for the rest of his life. Wherever Leonardo traveled, Salai went with him. He was like the family he didn’t have.

In 1499 the French attacked and the duke lost his power.

In December of that year, Leonardo left Milan, and Salai went with him.
He started wondering around, and only took the most important things with him; his notebooks.

Today there are 10 different collections of Leonardo´s notebooks, about 6000 pages. They are in different places all over the world.

One of these notebooks was bought was Bill Gates. It´s called “Codex Atlanticus”. Sometimes it´s displayed in different museums around the world.

In all Leonardo´s notebooks, his handwriting is in reverse. This is called mirror writing. You need to use a mirror in order to read the text correctly. Probably he wanted to make it hard for others to read his pages and steal his ideas.

Leonardo was an exceptional artist but there were other geniuses like Raphael and Michelangelo. Rafael was born on April 6, 1483.

In 1505 a rich silk merchant wanted a portrait of his wife and asked Leonardo to do it for him. He initially refused since he had “grown weary of the paintbrush”.

It took years to finish this painting but finally he did. There was something about the expression on her face that draws people to her.

This painting is called the “Mona Lisa” and its probably the most famous painting of all time. When he finished it, he decided to keep it, and took it with him everywhere he moved.

In 1504, Leonardo´s father died. There was no will, and ended up receiving nothing from him. It all went to his other children.

He left EVERYTHING to Leonardo; his land and money. Francesco´s children went to court and he ended up getting the use of his uncle´s land and money. After Leonardo died, it would go to his relatives.

Then, king Francis I of France invited Leonardo and his two friends to come and live at his grand house in Amboise. He was given a beautiful house to live in. He bought all his collection of notebooks and 3 of his paintings with him. One of them was the Mona Lisa.

A tunnel connected the two houses and the King would come to visit Leonardo and talk, always asking him for his opinions.

So, Leonardo da Vinci, finished his life in France. On Friday May 2, 1519 he died. He is buried in Amboise.

There are very few people in history who can match Leonardo creativity, obsession to learn and excellence in creation. As he said many times, “I can work miracles”.

“Who Was Leonardo da Vinci?” Book Summary
Spread the love 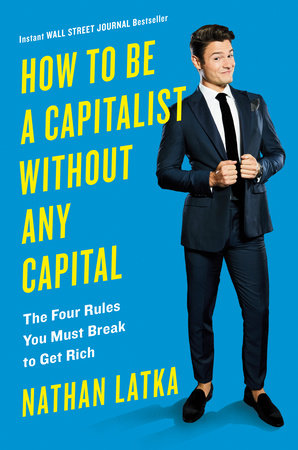 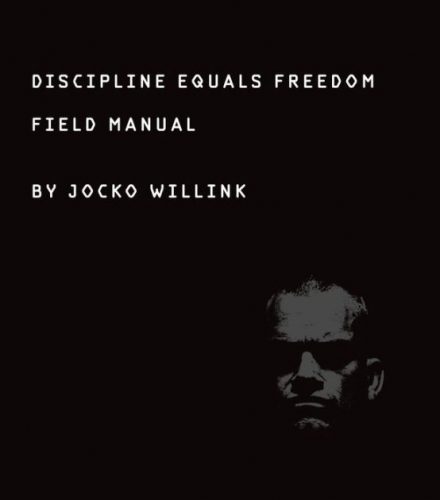 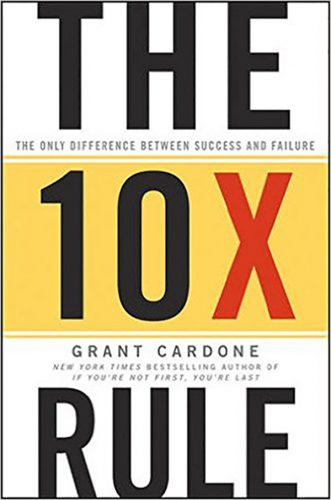