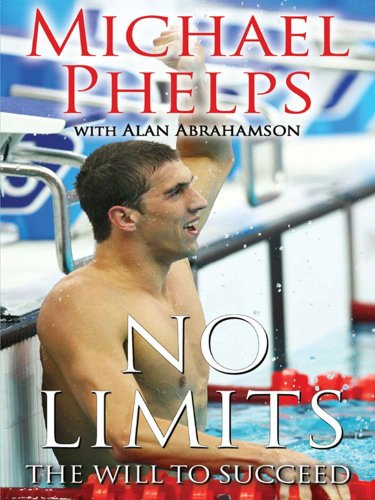 There are great athletes, then there are champions, and then, there is Michael Phelps. Michael is on another level of performance, possibility and results.

Michael is the most successful and most decorated Olympian of all time, with a total of 28 medals. He also has the most Olympian Gold medals of all time. Also winning 8 gold medals in a single event.

The Olympics are no place for excuses. Either you perform, or you go home. “No Limits” is the story of his life and his extraordinary success.

A champion can deal with any type fop pressure.

This is a must read book not only for any aspiring athlete, but also for any leader, or aspiring to be one. In this book, he shows what it takes to be the best at what you do, and the type of “insane work ethic” necessary to make it to the very top.

One of my favorite events from the book is when the 911 terrorist attacks took place, and the whole country was in shock. Even that day, he went to train and swim as any other day, saying something like, they can tear down our buildings, but they will never be able tear down our dreams.

True champions, every day, are the first ones in, and the last ones to finish practice.

As Michael says, “WHEN I AM FOCUSED, THERE IS NOT ONE SINGLE THING, PERSON, ANYTHING THAT CAN STAND IN MY WAY OF DOING SOMETHING. There is not. If I want something bad enough, I feel I am going to get there”

Here are some of the most interesting ideas from the book…..

The Olympic games; years of hard training, discipline, hard work, all compressed into just a few minutes, sometimes even seconds, in which everything, years of dedication, is on the line.

Time seems to stand still as history plays itself out.

For years, Michael would train several times per day, swimming miles in the morning and then in the afternoon, many ties he would swim all-out, so most of the time a nap was a necessity after the most intense work out possible.

What is interesting is how Michael was able to visualize, like some other great athletes, as Jack Nicklaus, or Connor McGregor.

He could visualize how the perfect race would go. He could see the start, the strokes, the walls, the finish, the strategy, everything. He could see it so vividly, with all details. Many times the race would happen as he would have imagined.

This visualization training was part of his daily training so he got very good at it.

At night, before going to sleep he would practice visualization exercises. When he was 14, his coach Bob Bowman asked him to play the races in his head as if were videos of the race. From then on he would instruct to “put the videotape”.

Your visualization skills can carry over your training, and to your racing, and it’s the little part that makes a big difference.

Every year Michael would set his goals in writing, it became a habit. He would put the original copy on the side by his bed, and the other one was handed to Bob. The two of them were the only ones who had those goals. He wouldn’t look at the list, he basically memorized it.

He had to have goals, drive, and determination. “We were going to strive for excellence, and to reach excellence, you have to work at it and for it”.

THERE IS A DIFFERENCE BETWEEN I CAN´T AND I WON´T.

“Can´t” is a mathematical impossibility. “Won´t” means you are not willing to pay the price, do the sacrifice, have the work ethic to do it.

The question, is what is possible for you to do? It´s way beyond what you think its possible.

What you can do is amazing. What most people do, tends to be disappointing.

So the question is what are you willing to do? Or better yet, what are you absolutely committed to make happen?

Whatever you are truly and deeply committed you will find a way to make it happen.

Michael developed a high endurance capacity in part because he started swimming when he was 7.

–As a professional he would train several times per day, many times all-out. Or about 550 times each year.

He trained every day of the week, of the month, and of the year, including birthdays, holidays, national holidays, Christmas, Thanksgiving. He missed very few days in his whole career. As mentioned before, he even trained on 911 terrorist attacks.

He thought, if someone takes Sunday off, well, he might be 1/7 better.

For years’ people would tell him he was overtraining and this could destroy his career. His coach and him thought the opposite. By overtraining, his body would increase capacity and become better and more efficient.

One of the things that made Michael mentality special is that he didn’t believe he compete with other people, HE ONLY COMPETED AGAINST THE CLOCK. And he always wanted to win, either at the pool or running to get to the school bus.

Nothing made him more determined than when someone doubted him.

Bob would tell him, “les see what you go in you”, and that would become his mantra, “let’s see what I have in me”.

You can see every day´s practice as an ordeal. Or you can see it as an adventure.

He was always wearing a yellow hat that said: “100% Never Settle For Less”.

His coach Bob had an extraordinary work ethic, he would get to the training 2 hours before everyone, with a complete dedication for the sport and his profession.

The training got more brutal as time went by. The worst sets would involve long repetitions, for example, thirty 100s, but this was added a little extra twist, at 50-meter mark, you would have to climb out of the pool and go back to do another 50 meter from the block. This adds an extra component that makes the set brutal.

There is a point where you can´t see straight. Things get blurry. You feel like you can´t move. But what is fascinating is that YOU CAN. At that point is pretty much the will to succeed, your goals and dreams.

What is interesting is that in any training, there is a moment of pain that your body says no, and your mind also says no, but it’s your will and deep commitment the ONE to say YES. 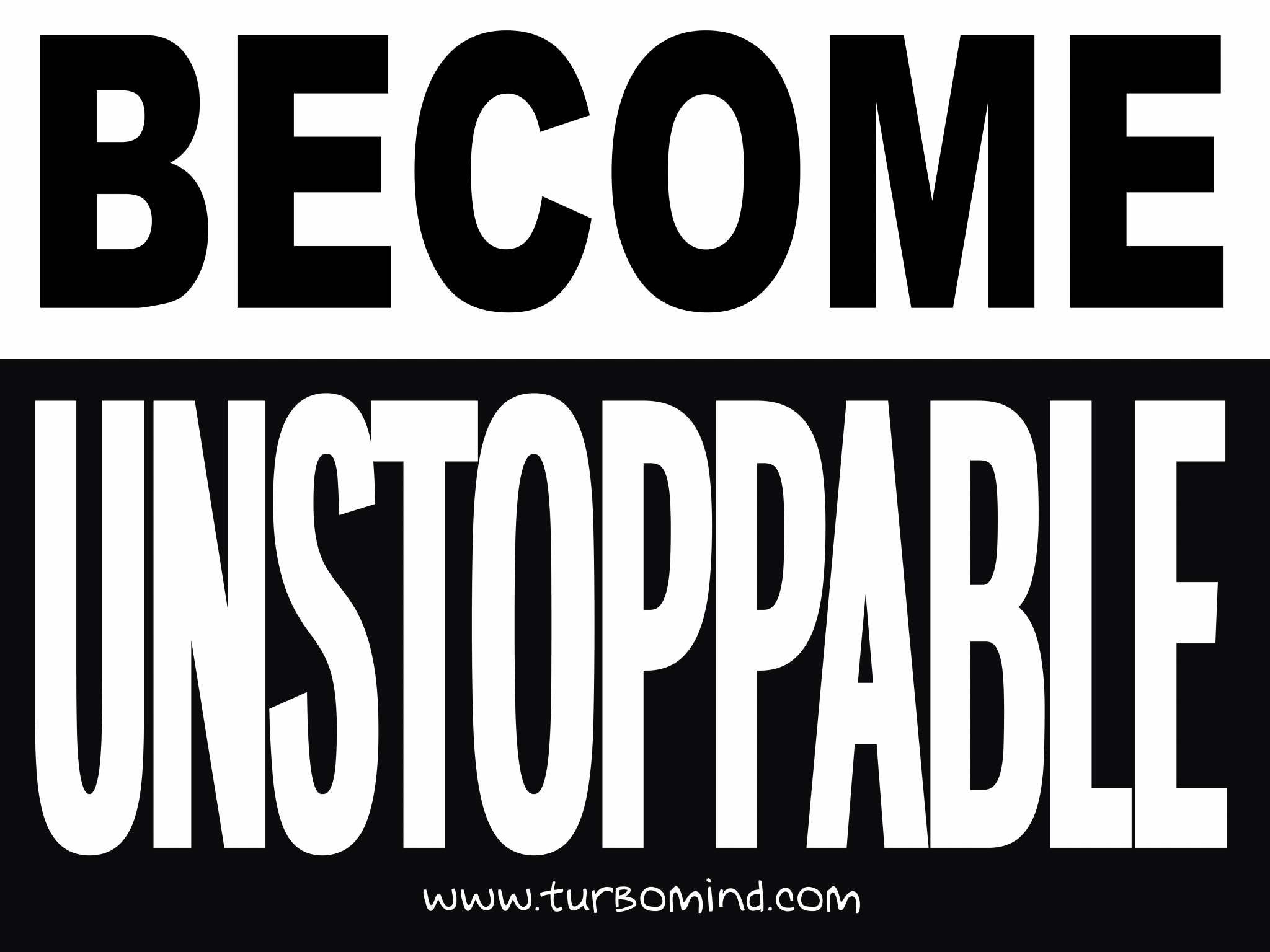 IF YOU WANT TO BE THE BEST, THIS IS WHAT IT TAKES. Racing at a world-class level takes everything you got, and you have to give your best effort each and every single day.

As his coach Bob says, “Michael performs no matter how he is feeling. He has practiced it a long time. He knows exactly what he wants to get done and he´s able to compartmentalize what´s important”

Bob would arrange practices with the idea of being uncomfortable. He would put his swimmers under every possible challenging scenario. When they were tired, or feel they couldn’t move, that’s when he arrange for them to make it especially hard and challenging. Bob was a specialist at stress management.

He would do all type of stuff to train them to deal with adversity, like turning off the lights at the pool so they would have to swim with the “feel”.

The goal was to train people to get it done no matter what.

Bob wanted to make sure he trained them to be at their best under pressure.

So, Michael would ask, “Do I love swimming enough to push myself to be the very best I could be?”.

It doesn’t matter if you fall short. It is never failure to go after what you want; your goals, your dreams. As long as you after them with everything you got, you win, regardless of the score.

This is a fantastic book about an extraordinary achiever. His sample will inspire generations to come. And always remember, RECORDS ARE MEANT TO BE BROKEN.

As Michael said, “Never let anyone tell you that anything is impossible. There were people who said no way anyone could win eight medals. When people say that, I want to prove them wrong. I was able to prove them wrong this year”

Get it Done, NO MATTER WHAT.